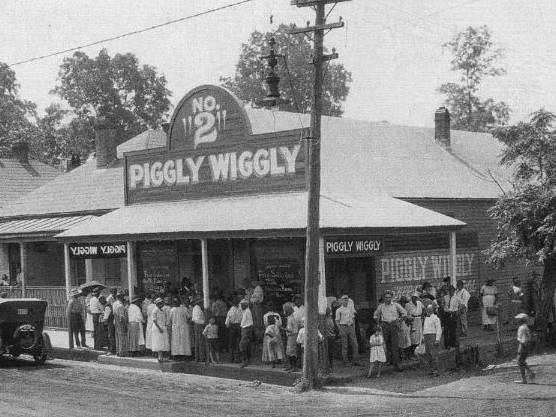 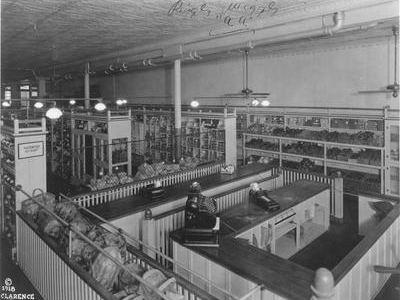 Piggly Wiggly was founded in 1916 in Memphis, Tennessee, by the late Clarence Saunders. Saunders virtually invented the supermarket. A flamboyant figure, Saunders put existing practices and techniques together, systemizing them into the original self-service grocery store. His stores astounded the food industry: shopping baskets- and no clerks to wait on customers- it was unheard of!
The format of all modern supermarkets is based on the Piggly Wiggly plan of self-service. All good things that come to American shoppers were brought to them first by Piggly Wiggly:

Clarence Saunders would never elaborate on the origin of the Piggly Wiggly name. When approached on the matter, he’d answer, “I named it that so people like you would ask me just that question.” And, since 1916, the name has been recognized and remembered all over the world.